You are here: Home | Joseph Pilates

Joseph Pilates and where it all originated 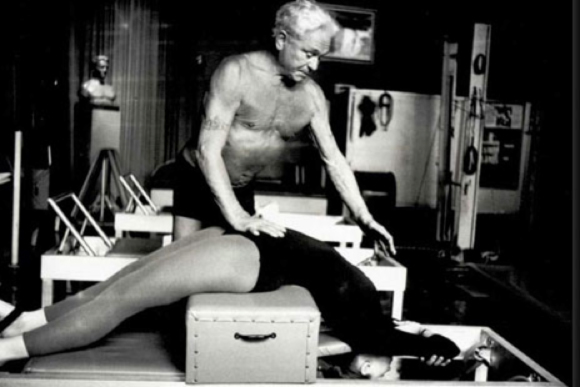 The Pilates method was founded and developed over 90 years ago by the German born Joseph H Pilates. Joseph was an incredibly sick child who suffered from asthma, rickets and rheumatic fever. His suffering propelled him into dedicating his life to creating a healthy body, and a healthy mind to change not only his life and body, but those of others.

Despite being born over a century ago, his method is even more suited to and effective in modern day society. Joseph was exceedingly aware of the pressures of a busy schedule and its effect on the body and mind. He thought that the stress and pressure of the modern lifestyle, bad posture and bad breathing patterns had a destructive role on health at that time. He believed that his exercise method would improve people’s health and encourage them to become more productive, both physically and mentally. 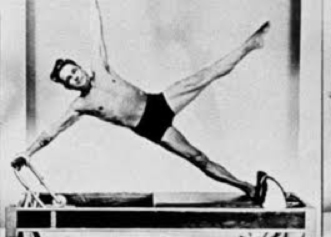 In regard to his own health, Joseph at 14 was posing for anatomical charts and went on to become the epitome of health. He was a gymnast, diver, body builder and then went into a career as a professional boxer, circus performer and self-defence trainer. He worked at Police schools and the Scotland Yard. During the First World War he was employed by the British authorities to teach wrestling and self-defence. During the latter part of the war he served as an orderly in a hospital on the Isle of Man, where he worked with injured soldiers. He used springs from the hospital beds to develop exercises for the patients and to support their bodies. He and the doctors then recognised the positive effect they were having on the recovery rates and strength of the injured men. This was the start of the equipment based exercises that we still use today on the reformer, Cadillac, Wunda chair, ladder barrel and spine corrector.

“Physical fitness is the first requisite of happiness. In order to achieve happiness, it is imperative to gain mastery of your body. If at the age of 30 you are stiff and out of shape, you are old. If at 60 you are supple and strong then you are young.” 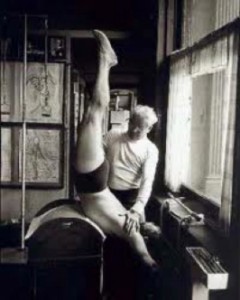 After the war, Joseph returned to Germany briefly where he worked for the Hamburg Military Police, teaching physical training and self-defence. He was pressured to train the German army, but instead emigrated to the United States.  It was in New York that, together with his wife Clara, he set up a studio and developed the Pilates Method, invented the Pilates equipment and went on to teach other people his method. He and Clara originally called his method ‘Contrology’, which he defined as “the comprehensive integration of body mind and spirit.” Contrology refers to encouraging the use of the mind to control the way the body moves and the muscles work. It focused on a strong abdomen and strong core/postural muscles, stretching and exercises that focus on breath and alignment.

Joseph Pilates died in 1967 at the age of 83. He maintained a phenomenal level of fitness and physique for most of his life. Even photos taken when he was in his 60s and 70s show he looked fit beyond his years.

Over the years, his method has been preserved, but also adapted in a variety of ways and continues to change lives all over the world. The Joseph Pilates legacy is carried on by contemporary teachers, and will continue to grow and change the way people relate to their bodies.

“I must be right. Never an aspirin. Never injured a day in my life. The whole country, the whole world, should be doing my exercises. They’d be happier.”

I must be right. Never an aspirin. Never injured a day in my life. The whole country, the whole world, should be doing my exercises. They’d be happier.— Joseph Pilates

By continuing to browse the site you are agreeing to our use of cookies.